I see what’s happening here. You’re beating yourself up over that massive student loan balance. (How is it that it’s actually growing instead of getting smaller? #newmath?)

Law school is getting more expensive every year, and most new lawyers don’t have salaries big enough to pay that debt off quickly.

But before we lose ourselves in sadness, let’s talk numbers — what is the average law school debt load? And is it possible to pay it off before you retire? (Yes.)

What is the average law school debt load?

Of course, many law students brought student debt from college as well. The total average education debt for 2020 law school graduates is $160,000.

Now, the numbers aren’t all bad. Lawyers have a higher average salary than many other careers. The average salary for a lawyer is $148,910. Of course, that’s not necessarily a starting salary, and it’s still not as high as the average total education debt load.

On average, law school graduates take 18 years to pay back their student loans. The average time for paying back any graduate degree is 23 years, so lawyers are actually doing pretty well on that front — in comparison.

Let’s not pretend anyone wants to be making those monthly payments for 18 years.

How do race and ethnicity affect the average law school debt?

Most of us are well aware that the playing field doesn’t look the same for everyone. And law school student loans are no different.

According to a recent study by the ABA Young Lawyers Division and AccessLex Institute, young Black lawyers have the highest debt load and the most difficulty reducing their balance. While the 27% of total respondents had a higher balance today than when they graduated, that number was 44% for Black respondents.

Black, Hispanic or Latinx, and Indigenous young lawyers reported at higher levels than White or Asian respondents that qualifying for loan forgiveness was more important to them in choosing their career path than they thought it would be when they started law school.

Based on the study, these populations also have the least confidence in their ability to pay for a financial emergency of $1,000.

Asian respondents were most likely to have postponed life activities, like having children or buying a home, because of their student loans.

Regardless of race or ethnicity, higher student debt balances were associated with increased feelings of inadequacy, depression and anxiety, embarrassment, and guilt or regret.

The student lending system needs to change, and you can read our thoughts on where that change should start.

How lawyers can pay their loans off faster

In the meantime, lawyers have some of the highest student loan debt loads in the country (topped only by med students), and they need help making forward progress on their loans.

Of course, Public Service Loan Forgiveness (PSLF) is one of the ways new lawyers attempt to reduce the amount of student loans they’ll pay.

Just over 19% of the respondents to the ABA’s survey were active participants in the PSLF program. 79% of them said they pursued a career in public service so that they could get loan forgiveness.

Makes sense. PSLF can be a good deal for those who are eligible and follow the program’s requirements.

However, there are PSLF horror stories of borrowers who thought they were enrolled in the program only to find out many years of payments didn’t count. And if you don’t finish out your 120-month term and get your loans forgiven, you could find your student loan balance higher than when you started. That’s because the combination of a lower public service salary and an income-driven repayment plan can have you paying less each month than the interest that’s accruing on your loan.

So if you’re planning to pursue PSLF, read the fine print. Make sure you file the necessary paperwork and get credit for all your qualifying monthly payments.

Pay more when you can

Because of interest capitalization, every time you pay a little extra toward the principal on your loan, you reduce the amount you’ll have to pay overall. And that cuts down on the time you’ll be paying.

Say you have that average law school debt load of $118,000, and your interest rate is 6.4%, which is the average for Direct unsubsidized loans. You consolidated your loans, so you have a 30 year term. You’re paying $738 a month.

But what if you paid an extra $30 every month?

You just saved yourself 10 years of loan payments. You’re paying that baby off in 20 years. And you’re paying $61,000 less than if you’d kept up with those monthly minimum payments.

Even if you only did that nine months out of the year or six, you’d still be saving tens of thousands of dollars. Plus getting back years of your life. Just take a second and imagine a year where you don’t have any student loan debt (and the world is not a pandemic dumpster fire).

It feels amazing, doesn’t it?

You can pay a little extra every month without a bunch of administrative hassle by signing up for The Daily Dolr. And if you don’t have the extra that month, no big. The money stays in your bank account.

But, don't take our word for it:

💡
"I remember being an 18-year-old first generation college student signing up for student loans that I didn’t understand. Fast forward 4 years to when I signed up for even more loans to attend law school, still unsure what it would take to become debt free, and with the fear that I may not ever achieve that goal. After significant planning, strategy, and a bit of luck, I officially became student loan debt free a year and a half after graduating from law school. Dolr’s what-if tool was crucial for my planning. I spent hours testing different payment options using Dolr’s what-if tool and created, and executed, a plan that would enable me to pay off my loans within the next two years. Thanks to help from the Dolr team, and Dolr’s daily withdrawals, I was able to pay off my loans even sooner than I planned. I am very thankful for the tools Dolr provided that helped me end my student loan journey." – Katie Sadlo

Get student loan dollars for shopping

This one’s for those of you who just can’t say no to a little shopping now and again. (Raises hand.)

It’s painful to work hard for the money and then put every dang cent towards something responsible like your student loan payment. Sometimes you want a new pair of shoes.

That’s okay. We’ve all been there.

What if buying that pair of shoes got you some money to put toward your student loans? Like, for real.

That’s one of the things we’ve built at Dolr (because hey, we like shopping too), and we’re almost ready to share it with the masses. If you’re interested in getting payments sent directly to your student lender just for shopping at your favorite stores, request early access to Shop and Pay.

Enlist the support of your employer

They give employees money toward their student loans — sometimes right away and sometimes after several months of working with the company.

If your employer doesn’t already have an LRAP, talk with them about how student debt is impacting you and ask if they’d be interested in creating an LRAP.

The ABA’s student debt report provides some compelling statistics on how student debt impacts young lawyers — financially as well as mentally and emotionally. Share it with your employer and let them know that LRAPs don’t have to provide tens of thousands of dollars to employees. As you saw above, even an extra $25 a month can make a big difference in the long-term.
If you’ve made it to this point, hopefully you realize two things: (1) You’re not alone. Lots of lawyers are dealing with made debt loads, and (2) You’re not powerless. There are things you can do to pay your law school debt off faster. Let us help. 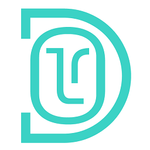 Making payments on your student loans while you’re still in school may feel like a bit of a buzz kill. But it’s a choice that will pay you back in thousands more dollars in your pocket down the road.
The people who love you and give you gifts may actually be able to help with your student loan debt — and in a pretty easy way. With the launch of Your Village, it may just be a matter of asking for what you need.
Happy St. Patrick’s Day! This year instead of just wearing green, how about you celebrate by making a plan to save some green.

Making payments on your student loans while you’re still in school may feel like a bit of a buzz kill. But it’s a choice that will pay you back in thousands more dollars in your pocket down the road.
The people who love you and give you gifts may actually be able to help with your student loan debt — and in a pretty easy way. With the launch of Your Village, it may just be a matter of asking for what you need.
Happy St. Patrick’s Day! This year instead of just wearing green, how about you celebrate by making a plan to save some green.